News from the past worth noting!

The prestigious Westminster 2011 Dog Show was held on February 14th and 15th at Madison Square Garden. 2011 marked the 135th year of the show, which was started by a group of men who began meeting at The Westminster Hotel to share their love of dogs. The original show took place in May 1887 and was primarily for hunting and gun dogs. Currently, the show evaluates dogs in seven categories, and dogs are judged based on how closely they mirror the standard characteristics of their breed. Some characteristics judges evaluate include facial features, overall body structure and the ability of the breed to do its intended job.

Four groups were judged on Monday, February 14, 2011. Judges selected winners in the hound, toy, herding, and non-sporting groups. Hounds are known for their unique howl, calm temperament, and ability to track by either sight or their excellent sense of smell. Foxcliffe Hickory, a female Scottish Deerhound, won first place in the Hound Group.
Toy dogs are smaller dogs that are usually under 22 pounds and less than 16 inches long. Frank Sabella judged the Toy Group and selected PalaceGarden Malachy, a Pekingese, as the winner. Mr. Sabella indicated that her narrow waist and shape made her exceptional for the breed’s standards.

The Herding Group, which was originally incorporated into the Working Group, has had its own category for many years. Mrs. Lynette Saltzman judged the Herding Group and selected Tolkein Raintree Mister Baggins, a Bearded Collie as the winner.

The Non-sporting Group is a very diverse selection of dogs in temperament, appearance and size. Mr. Everett Dean, Jr. selected Miss Jayne Hathaway, a Chinese Shar-pei as the first place winner. Born in 2007, Miss Jayne is owned by breeders Vicki and Jeff Mauk,

Dorothy Collier judged the Working Group, which features dogs that can be trained to perform a variety of functions including drug detection, seeing-eye work, rescue guard work, or other jobs. Aviators Luck Be a Lady, a Portuguese Water Dog, won first place.

Terriers are known for their spirited attitudes and energy. Mr. Ed Bivins selected Slyfox Sneak’s a Peek, a Smooth Fox Terrier, as the winner.

When the winners competed for Best of Show, Scottish Deerhound Foxcliffe Hickory Wind won the coveted award. Hickory is owned by breeders Cecelia and R Scott Dove together with Sally Swealt. 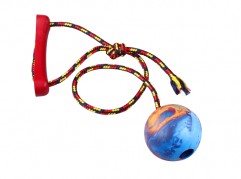 Behavior: Preparing Your Dog for a Show 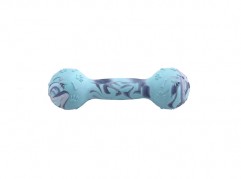 Preparing Your Dog for Air Travel

About Our News Page

Essenti's pet blog provides essential information you can use for your pet. Please subscribe to our pet blog in order to receive updates about training your pets, keeping them safe or making your life a little easier having your pets at home. We thank you for spreading the word and sharing our blog on social platforms such as Facebook, Twitter or Google +.